Discord Make Money: Hello Discord Fans! Welcome to Discord World. We are discussing a lot of exciting facts about Discord and its features. Likewise, today we will discuss that How does Discord Make Money? Discord is one of the most popular and reliable platforms to connect with your friends. Also, Discord offers tons of features to its users.

At the same time, you can use Discord freely. When we come to its compatibility, it is compatible with almost all the devices such as Windows, Linux, Mac, Android, and iOS. It is also user-friendly and convenient to use, especially for Gamers. Furthermore, Discord is not ad-supported, so you can easily access Discord without interruption.

Nowadays, a lot of questions are asked about Discord. How does Discord Make Money? is one of them. You can easily assume that it is one of the booming platforms; also, it has continuous success. So, it will help you to make money for Discord. As said before, Discord is the most reliable platform; this never shares its user’s data with anyone. Suppose you want to learn more about Discord’s money. Let’s explore strange things about Discord in this article.

Discord – A Free Communication Platform For All

Discord is one of the most popular worldwide platforms to communicate with your friends. It is used by different community people like Students, Gamers, Business people, etc. With Discord, you can access tons of features like creating a server, joining a server, chatting with your friends while playing the game. Also, it is an easy to access and reliable platform.

As well it never demands money to access. At the same time, Discord updates new features often to offer a better experience to its users. It has approximately 250 million active users around the world. The unique thing is, Discord is free for all. But, you may doubt that how Discord is free for everyone? 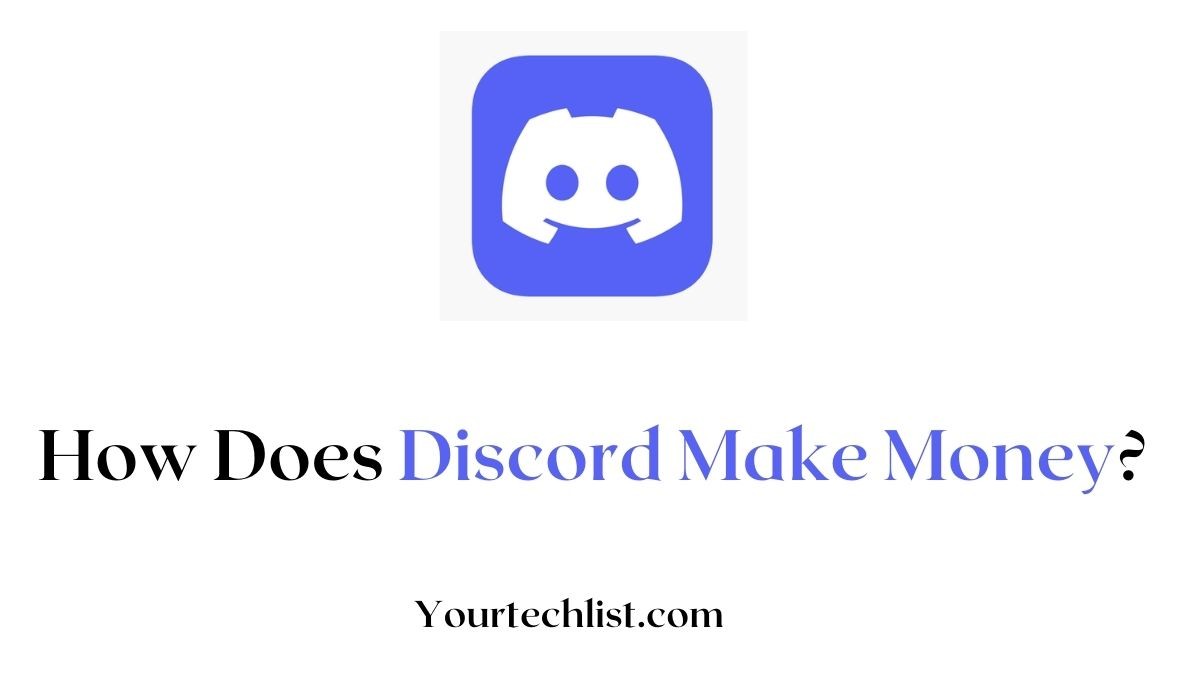 How Does Discord Make Money?

Discord is a chatting platform; it is one of the applications depending on funding options. Discord was firstly launched in 2015. In 2016, Warner Media offered $20 million for Discord. In that time, it is enough for Discord. Then, it improved its performance and gained numerous users; it helped get more Sponsorships.

Many companies are willing to fund Discord, such as Tencent, Greenoaks Capital, IVP, Index ventures, and more. In 2018, Discord gained $150 million from those companies of financing. Later, Microsoft is come forward and connected Discord with  Xbox Live Service.

It helps to connect with Xbox users easily. As per 2021 research, Discord has plenty of companies to Sponsor, and they invest $10 billion for Discord.

Discord’s current plan in place is to help to develop itself own. Also, now Discord has become stable even there is no investing. With Discord’s plan in place, it can smoothly maintain its development plans and support teams.

They may not achieve maximum profit with their plans, but still, they will gain sufficient earnings. One of the money generators for Discord is Nitro. We will see more details about Nitro in the upcoming passage.

Nitro is like a subscription. With a Nitro subscription, you will get a lot of features like custom or animated emojis, allowed to upload 100 MB of files too, set an animated avatar, stream the content with 1080p 60FPS, and so on. Also, it costs is pocket-friendly too, you have to $10 only for a month.

But there is not necessary for Nitro; you can use Discord without Nitro. It will provide many features to its users lonely. Also, Nitro only delivers a tiny amount of revenue; Discord is not getting a total profit from Nitro. It has some other source which is help to gain money. If you want to get the Nitro subscription freely, check our guide, How to Get Discord Nitro Free?

Server Boosts offers you a lot of offers like Nitro. Also, you can get two server boosts if you are a Nitro subscriber. With Server Boosts, you can quickly get the Nitro pack and connect to a server. Server Boosts also provides features high streaming quality, uploading large files, etc.

Server boosts’ subscription is high compared to Nitro. It is worth $75. But, you can share the cos with your server members who are all want to access server boosts in their server.

As said before, Discord was purchased by Microsoft for $10 billion. This amount is enough for Discord to offer features to its users. And, you may doubt Discord is In the future, Discord is changing its features because of Microsoft.

Or Microsoft will apply any unwelcome features on Discord. It is not necessary to worry about Discord’s features. Microsft will allow its subsidiary companies to do their work in their way. So, Discrd will continue their features in a right and impressive way.

You will know about Discord if you are an existing user. Discord is completely free to access. But, in this case, you may doubt Discord’s earings. In this article, we have discussed the income source of Discord and how they run successfully. And, you need not worry about your security. Because Discord never sale its user’s data for income purposes. So, you can use Discord without any hesitation.